Right lads, go get your fighting trousers on, strap on your bovver boots and come with me on a voyage on the high seas of alcoholic violence.

Fierce Beer is based up in the cold frozen radioactive wasteland of Aberdeen with as many ingredients locally sourced as possible and everything bottled or kegged (is kegged a word?) on site, I like that, they are also offering a 15% discount to NHS staff and I’m one of them so even better.

I’m not really into lager or IPA, IPA always have a slight soapy taste to 6.5me and lager is too gassy, I’m bloated as fuck after two pints and it’s never something you’ll see me drinking in the pub. However, porters, stouts, barely wine and sours are very much my thing, that’s the only reason I’m not looking at those.

A decent online shop at FIERCE and sensible postage costs let me dive right in.

I’m not going to review every can or bottle I bought but I’ll give a quick opinion.

Kindred Kunindra, Thai Coconut Porter 6.5% Under a fiver a can.

Thing about all these drinks is that I sip them, this 440ml can was poured bit by bit into a wee glass and took about an hour to drink most of these are the same, I’m not drinking to get mangled, it’s not a good look folks.

This was magical, a touch of heat from cayenne pepper gave this thick and creamy drink an edge, first we got this aromatic Thai curry feel and for some reason every few sips we got a wee chilli bomb going off, was lovely, a really special drink this, there are only a handful of beers I would 100% buy more than once and this is one of them. 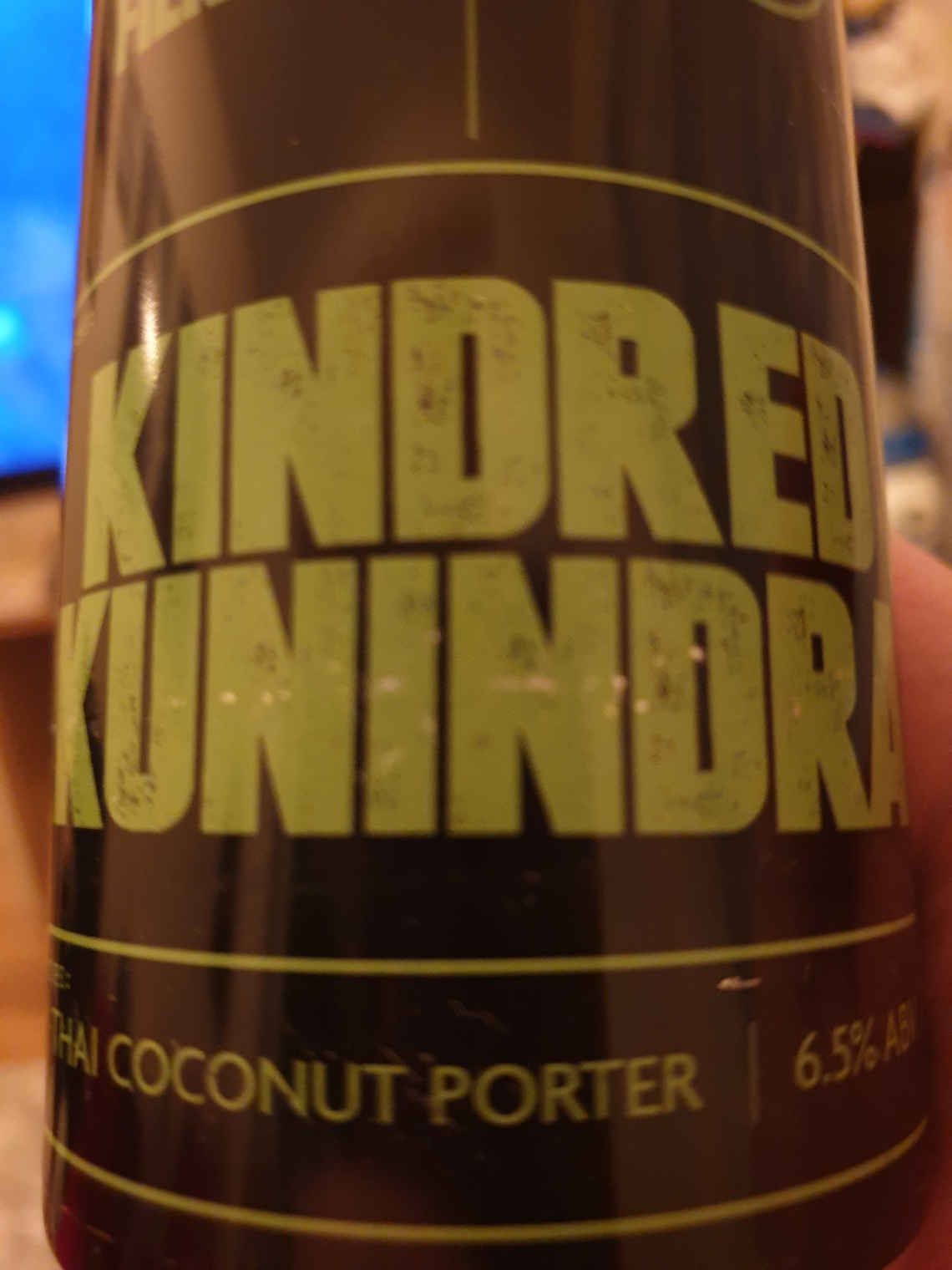 Next up is the mental….

BEAR ESSENTIALS. FRUITY BARLEY WINE 13% FIVER FOR A 330ML CAN.

Fuck’s sake this is bonkers, it’s quite hard work too, tiny wee sips needed of this wine strength beer, the clue is the name I guess. Bastard strong, this special forces project with Welsh funk pioneers Tiny Rebel (another excellent outfit) this English style Barley wine knocked my socks off, was liked being slapped about by a bear holding a salmon, a salmon you’ve just tried to steal.

Another hit to the liver with a baseball bat coming up with the….

Quite expensive this but again it’s like drinking a pint of wine if you’re talking about value against strength, and I’ve seen cunts in Tesco with a calculator on their phone seeing which lager deal is best by abv and price, so this is a bargain, it’s also very pleasant.

These strong as train tracks stouts are my personal favourite, a light coconut back note with some chocolate vibes, bit too easy drinking this, two of these and you’d be bouncing off the walls but they go down so sweet. 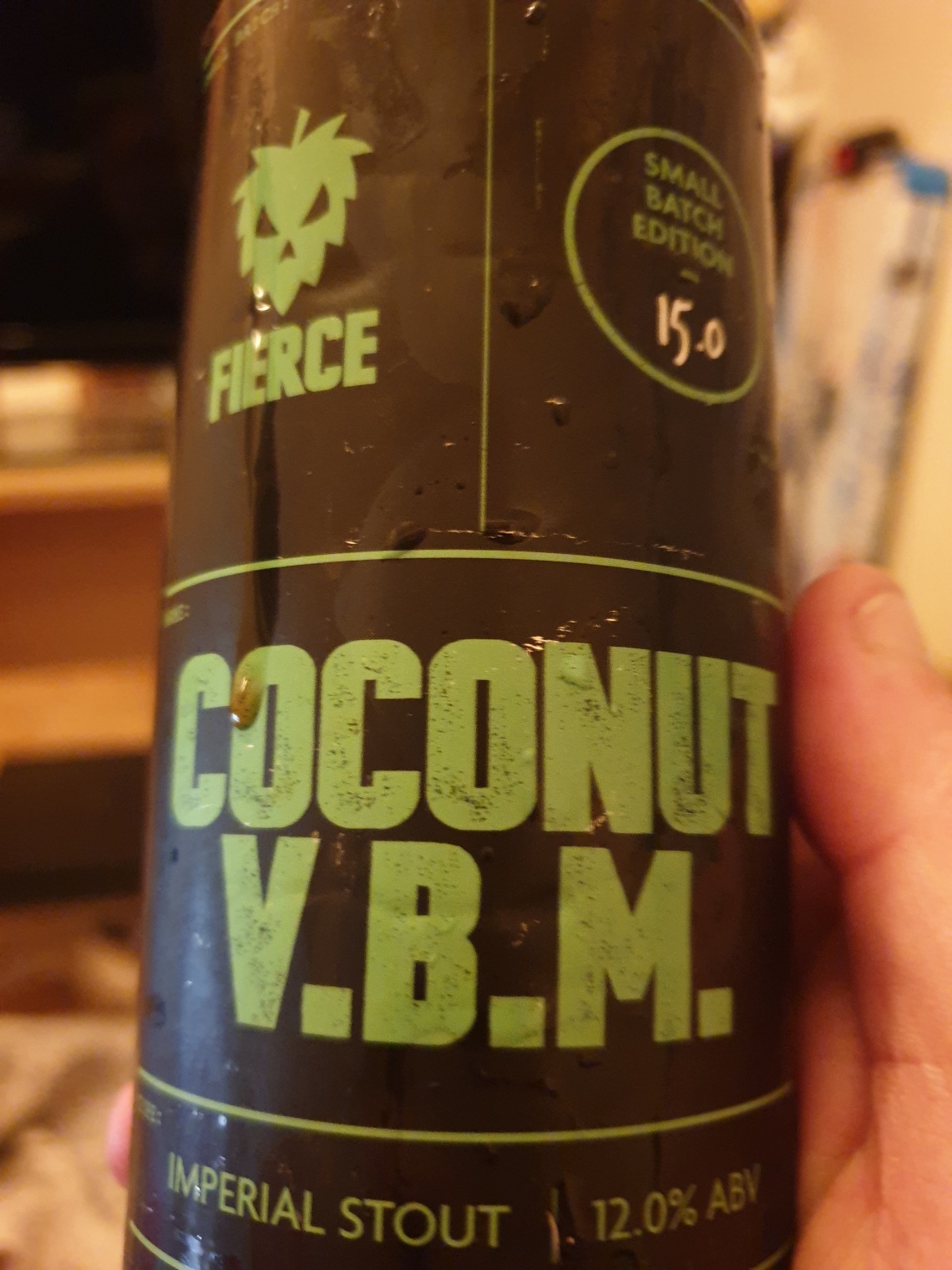 Moose Mousse Chocolate Stout 4.5% just over three quid for a 440ml can.

I rather ballsed up my fist can of this, I bought two as they are a bit cheaper, part of the recently re branded core range, it’s cheap but it’s only 4.5% and I had this after being royally fisted by the barley wine mentioned earlier on and this suffered because of it, second can was much better, it is, if I’m going to be critical of anything here maybe a bit thinner than I’d like but had plenty of taste was an easy sipper, it’s not bad, it’s just not great and everything else I’ve tried from the range has been great.

One for the road? Go on then.

This is the drinking equivalent of being punched in the arsehole by a large man with a velvet gloves, in a good way. I’ve found some of these barrel aged beers can be a woody mess but this has just the right amount of bourbon notes but still reminding me of those old men’s pubs from the 70s and 80s I grew up near that always had working men in drinking pints of heavy and fighting. 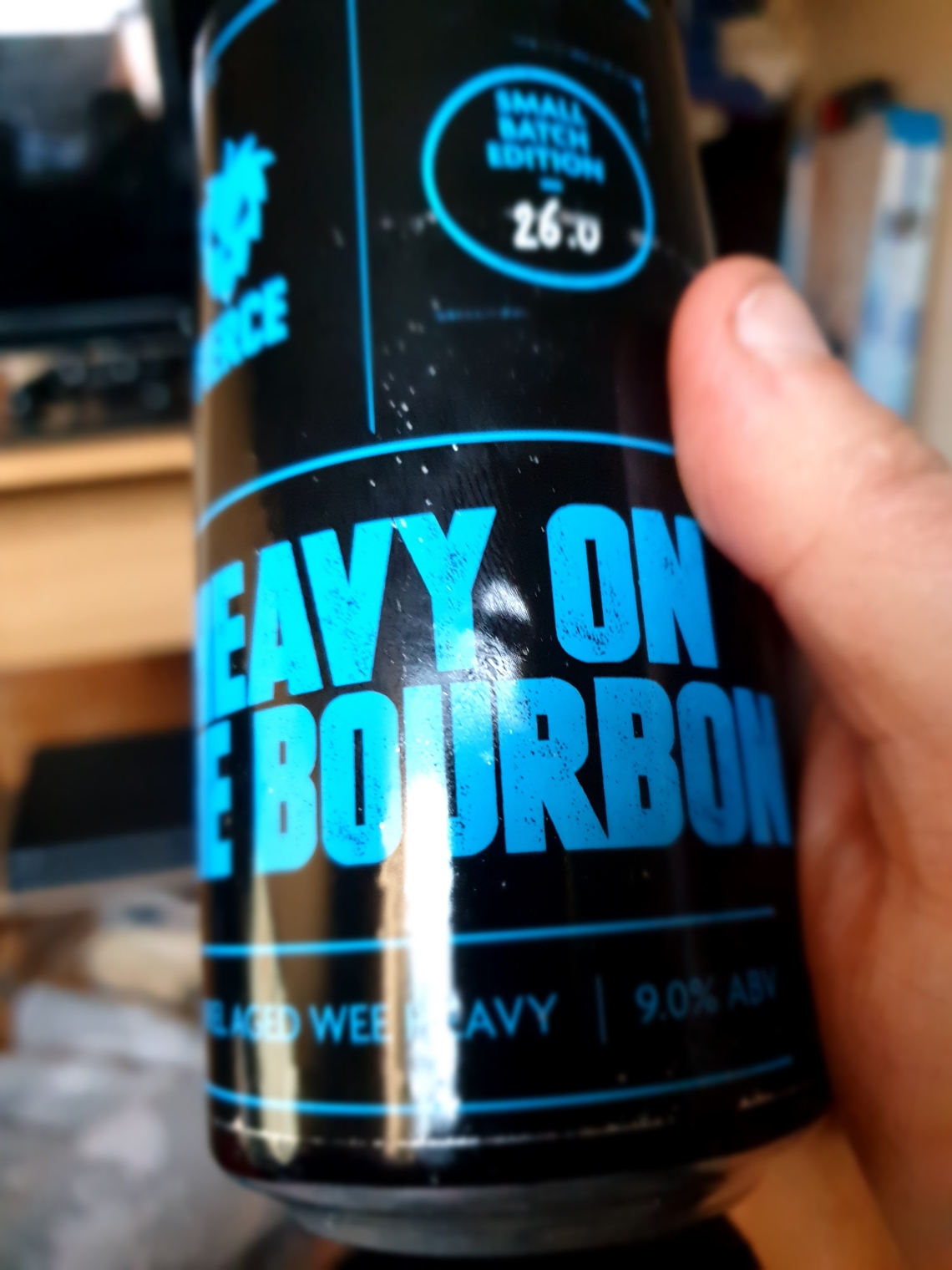 How’s that then? Some of these are mental, one slight let down and out of them I’d buy them all again, that said, there are still half a dozen in the range I do fancy trying so I’ll pick them up and do a round 2 next month if I’m still around.

For the record I’ll now add to Fierce Beer to my list of go to breweries along with William Brothers, Drygate, Tiny Rebel and that cider place I like.

Mind I’m over at http://www.patreon.com/whiskyapocalypse.com if you want to throw some change at me.