I used to buy loads of these bottles but sadly now even these are starting to get beyond my reach. Auction prices are just bonkers these days and with commission and any postage the bottles I used to pay under twenty quid for are now that at least and usually more like thirty or forty pounds which is just a bit daft.

This bottle was, as far as I can make out from the label and doing a bit of background research, sold in the late 80s, it’s a 75cl bottle which means it must be pre 1990.

That would mean that the whisky would have been distilled in the late 70s to early 80s and before all the good stuff was put into the single malt market.

It doesn’t need water but a teaspoon in a standard measure does release a few extra bits and bobs.

Bottled at 40% for the purposes of this review I did take a drop of water just because I do prefer my whisky that way.

Nose. Orange zest, raw honey and fresh air down by the beach, sherry notes come through after time and then a touch of charred barrel and perhaps a little bit of Highland Park smoke.

Palate. An initial honey and citrus sweetness, touch of oak and some vanilla no doubt from the grain whisky used. A very pleasant dram.

This is an excellent dram and I think it shows why our parents, I’m in my 40s, didn’t bother with single malts, this was affordable to all and is not so much better than what is currently produced but totally different, I don’t think anyone could sit down and blindly taste this and say it’s the same as modern Famous Grouse but I don’t think that’s wholly fair on those who produce Famous Grouse today.

As the markets moves towards quality single malt whisky the better casks ain’t going in to no cheap blend are they? The Macallan is one of the most sought after whiskies in the world and Highland Park isn’t far behind so Famous Grouse obviously needs to look elsewhere to plunder for their resources and it must be a hard task.

If you do see a bottle of this, likely at auction, then I’d pick it up, it’s a throw back to when normal people could still afford a decent bottle of Scotch. 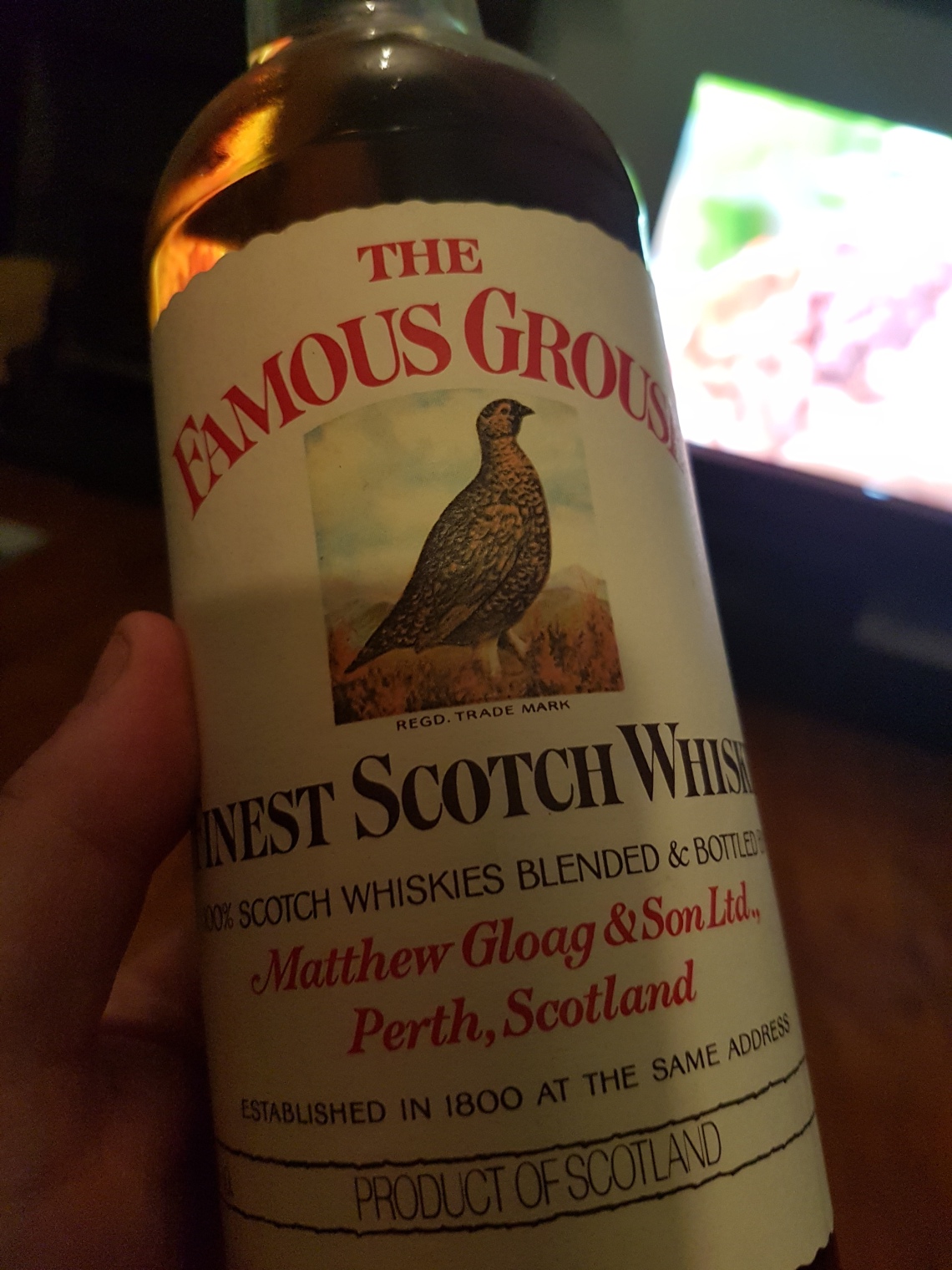