The whisky fairy can be kind, especially when Independent bottler North Star Spirits send me out some samples, apart from the fact that so far three of the samples are so good I’ve gone out and bought bottles of them, bottles I just have no space for, but I digress.

North British is a grain distillery based in Edinburgh and as most of it is stuffed into blends bottles are relatively rare. This has been drawn from a single cask too which is rarer still.

Buying decent grain whisky is also a chance for us mere mortals who can’t afford 21 Year Old Single Malt the opportunity to try older whiskies and you should give it a go, this is limited to under two hundred bottles so maybe not this but you’ll find something like this for between fifty and sixty quid if you’re lucky.

This is drinkable neat but it’s worth adding a drop of water to soften some of the more obvious bourbon barrel notes.

Palate. Pear and Pineapple hard sweets, bourbon sweetness with a caramel and candyfloss edge. vanilla wafts in near the end hand in hand with some charred barrel.

Thanks to North Star for the sample although I really need to stop buying bottles. 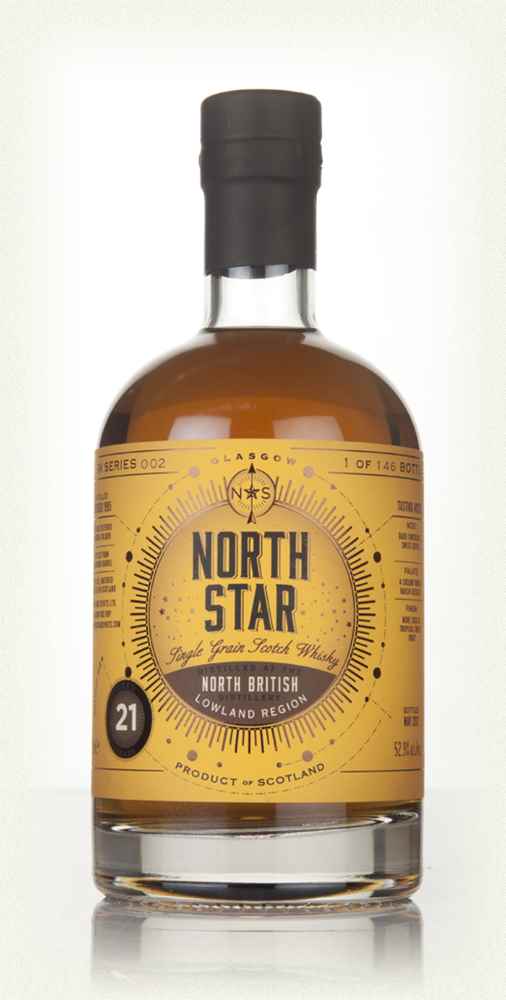