Received a letter today from Highland Park telling me about a new bottle of 18 Year Old coming our way soon, more on that later, and so I decided to dig through my old hand written notes from a couple of years back so I could write this up.

My review comes from a bottle I purchased in 2011 and hammered over about six months with wee notes taken every now and again when something new occurred to me.

It’s bottled at 43% and needs just a teaspoon or so of water.

Nose. Barely rich, clove, chocolate both dark and creamy milk, touch of salt, heather honey on a barbecue, cinders from a dying fire.

Palate. My first impression was “bourbon but not” the bourbon notes of toffee, vanilla and charred cask are mixed with a beautiful maple syrup, the good stuff, earthy and oak rich, the smoke is calmer than some Highland Park I’ve enjoyed before but this is a relaxing with friends dram.

Finish. The creamy milk chocolate, smoke and toffee last in the mouth for every, well, until I take another sip.

A lovely bottle of whisky, and one I’ll buy again when the time is right which brings me back to what I was mentioning earlier. My only gripe is that for just under the hundred pounds mark I would want 46% and I think the drinking experience would benefit enormously.

My letter mentioned that the next incarnation of the 18 Year Old will have batch and rotation numbers, this is a way to keep abreast of the batches as there has been some criticism of certain bottles of the 18. Not by me as I’ve only had the one bottle, I’m not in the market to replace expensive whisky like for like as being a blogger who does not receive as many samples as some others I need buy new whisky all the time to keep the site active.

I will review the next version of Highland Park when I receive a sample over the next couple of months. 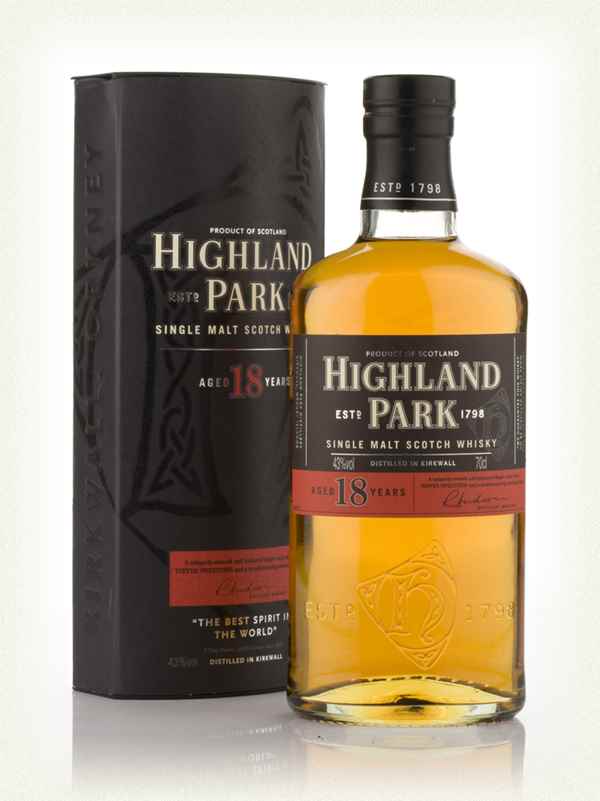