Ever wondered what it must be like to make love to the most beautiful woman or man, I’m not prejudiced, but you’re making love on a bed of nails whilst being waterboarded?

Well, if you have but can’t be bothered with all the fannying about that setting that situation up would require, I mean who has a bed of nails handy? Then might I suggest trying Hwayo X Premium Oak Aged Soju from South Korea bottled at 41%
Now, I’m not being rude here, this was very graciously sent from Mark at Whisky Whistle from South Korea and I am eternally grateful for the effort but if this the premium version the standard must be a very interesting drink indeed.
Here is a link which explains the production method in detail and even has a wee video if that’s your thing but I’ll try and explain myself the best I can.
It’s rice wine that they’ve taken to the next level, clear enough? Good.
The meaning of Hwayo is, rather beautifully, Noble Liquor governed by fire, which I like, and they use 100% organic rice here and then it’s aged for a bit in American Oak.
Nose. Not a lot, there is some mild vegital notes and an alcohol whiff, oak comes on heavily if you add a drop of water and some vanilla so those American oak barrels coming to the fore there.
Palate. Fucking hell what on Earth is happening to me, this is a very intense experience because it hits you out of nowhere, the subtle nose and even the first time it hits your mouth is deceiving in the extreme, there is a subtle bourbon feel of candyfloss and oak then BOOOOOOOMMMMMMM the power of the spirit comes out of nowhere, I have rarely felt something go from so mundane to so extreme in such a short space of time, I find it hard to believe it’s only 41% because although the alcohol isn’t rough it is exceptionally strong, lots of sugar syrup, creamy rice pudding and pure fire water, it is extraordinary and I will be investigating my local Asian supermarket, the really big one, to see if I can find a bottle to share with my friends, whom I hate.
Now to be fair, later on and after a couple of drams I went back to this and the bourbon feel came on a lot stronger so I’d suggest you don’t start your evening with this bad boy.
Finish, Long and lingering, A definite Sake feel but oak aged, Synthetic vanilla and I got some plum jam but that might be more another Sake note which is often plum infused.
It’s actually made me feel quite odd, it’s a mouth tingling affair, like Absinthe but different, but the same sort of buzz for want of a better word.
Jeezo, it’s an experience and something I would recommend to anyone looking for an experience that takes them out of their comfort zone.
I feel a love affair with Korean spirits is in the making and thanks again to Mark for shipping this over to me.
The Captain. 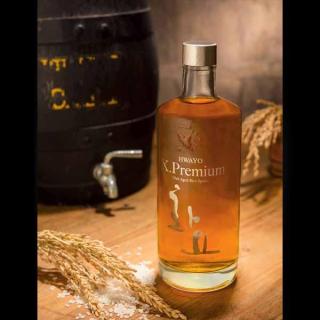