So another year draws to a close and it’s been a big year here at Apocalypse Towers, when I decided to re launch the blog after a couple of years of sitting idle I thought I’d push myself and really try and get it off the ground and, so far, it’s been a roaring success, I’ve made some great friends and made some truly superb whisky discovers and I’ve upset a few arseholes along the way too which is always good.

I’m not going to do a world’s best whisky (because you can’t and it’s a dick move to even try) and I’m not even going to give you a personal favourite, just a brief run down of some stuff I’ve really enjoyed and think you should too, if you want too.

I only review whisky I like, I fail to see the point in reviewing whisky I don’t get on with, I think I can tell the difference between a poor whisky and a whisky I don’t find to my taste but taste is so subjective I don’t think it’s fair to put down something that many others enjoy.

So here we go and a special mention to all those who have bought and enjoyed a bottle on my recommendation, as well as those who have liked the blog and what I’m trying to do, thanks again, it’s a real honour and a privilege to know so many people actually take the time out to read my nonsense.

Dimple 15, the very definition of a “smooth” whisky, although I would ban the word smooth from the whisky writer lexicon when this is what so many people look for in a whisky who am I to argue?

Highland Black, A belter from Aldi, under fifteen notes, an eight year age statement and offering a huge amount for the money.

Bank Note, another twenty quid-ish blend reasonably readily available and well worth a punt, I’ll be reviewing in the New Year but there are plenty other reviews out there.

Waitrose 8 Year Old Blended Whisky, I loved every single mouthful of this, as did the few people I shared it with.

New Town Blend, Edinburgh Whisky haven’t started production yet but they have produced a very solid, interesting and drinkable blended malt, look out next year for their Old Town Blend too.

Glen Orin, the Five year old Blended Malt from Lidl is super cheap and has a lot of fans, it took a while for the bottle to open up but it’s an enjoyable and interesting experience.

Compass Box, Flaming Heart, the controversial, if you’re in the SWA, Flaming Heart from Compass Box isn’t cheap but it’s just superb, if dropping nearly a hundred pounds on a bottle of whisky is not something you’d do try and find it in a bar, it’s well worth hunting down.

I’ve had a fair few top drawer Single Malts this year, these though are my stand outs.

Ben Bracken Islay 22 Year Old Single Malt whisky, it’s under fifty pounds, it’s lovely, it’s from Lidl and if they have any left you’d be foolish not to pick this up, unless of course you can find a twenty odd year old Islay whisky for less.

Glenlivet 7 Year Old, Edinburgh Whisky have not only given us a Blended Malt they’ve given us their take on Glenlivet, this punchy young whisky is full of flavour and another one to share with friends all night long, well played.

Ardmore Legacy, This is on offer around the twenty pound mark often, it is brilliant value for money, a smoky, savoury and young whisky offering a lot for the money.

Lagavulin PX Finish, the Distillers Edition of Lagavulin is just superb, the peat hit and power we all know and love mixed with the sweet sherry finish, if I had to pick my dram of the year this would be very near the top, it’s not cheap but then it’s not an every day dram either.

I hope you’ve enjoyed reading my reviews and rants, there will be plenty more over the coming months I’m sure, I’m planning to move from a blog to a proper website so I can space things out a bit more. 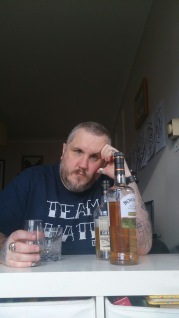